I welcomed 17 new members to the book launch team putting us at a total of 854 members on board with a reach of 200,125. Which means I reached my February goal. Yay, yay, yay!

My overall goal is to have a quarter million reach and I am less than 50,000 from that goal thanks to all of you! #thankyou

For March, I’d like to hit 1,000 team members and surpass that 250,000 reach mark. We can do this! And I truly believe it’s “we” because I would not be achieving all of these goals without my amazing support system.

I continue to work slowly on the final edits on the proposal. I want to make sure it is flawless before submitting in April. After the content edits are completed, I will have a proof-editor review it to check for any final corrections. Then it’s off to Hay House before the Hay House Writer’s Workshop submission deadline.

The podcast continues to grow. Inspirational and motivational interviews abound. I love the connections I continue to make through this venture. Plus it’s super fun! If you are looking for hope, healing, inspiring stories or some motivation . . . check out The Healing Place Podcast on iTunes or Blubrry.

I am excited to be speaking in 2 days at The University of Cincinnati Clermont College. I feel honored every time I’m invited to stand in front of others to share my story of hope.

And Sammie Doodle . . . I love that dog! She is scheduled to visit several schools over the next few weeks. We are also planning on collecting more items for a homeless shelter visit. I will reach out separately when the time comes for that. You can follow Sammie on Instagram or her Facebook page. She also has her own website at

www.sammiethedoodle.com. Links for her social media pages are on the website.

Wishing you a peaceful and joyous week ahead 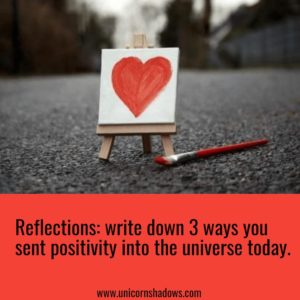 P.S. Feel free to invite friends to join this book launch page so we can reach 1,000 by the end of March. 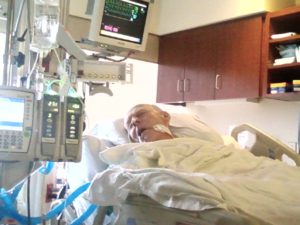 “Dad, can I get you anything?” I asked, as he struggled with the flat, lifeless pillow beneath his shoulder blades.

“I would love a Whopper, Jr.,” he breathed. Pausing to catch his breath again, sucking the oxygen from the plastic life lines crookedly falling from his nostrils, he turned his sunken blue eyes to mine. “And I would like to watch . . .” again he rested his thoughts in order to draw in more air . . . “Christmas Vacation”.

His once strong hands, now thinned and shaky, slowly lifted to the nasal tubes, attempting to arrange the hissing air hoses more securely. The tubes fell away, askew once more, as his arms collapsed back at his sides. “Let me help you, Dad,” I said, as I leaned over the bed rail, trying not to tangle myself in the snake nest of monitor wires. I slid the nozzles into his nose and ran my fingers around both sides of his face, the bristle from his normally close-shaved skin pricking at my fingertips, pulling the tubes tighter until my hands met behind his head. I fastened them in place, then pulled that useless cardboard pillow from behind his back and guided his head gently back onto its stiffness.

“Boys, run to Burger King and get Papa a Whopper, Jr. and a Coke,” I said to John and Jake, as I fumbled through my purse. Having found a twenty and my keys, I handed them over to John, now 16, and gave him a feeble grin as our eyes met. I engulfed my baby boy in a hug, having caught the heartache in his eyes, as I urged him to run home, too, and find the DVD Papa wanted to watch.

As the boys shuffled out of the room, I turned back to Dad. His eyes were closed as I studied the man lying before me. He had aged so much in the twenty-nine days since his low-blood-sugar-induced fall into the kitchen table. I absorbed every detail, wanting to remember each crazy grey eyebrow hair; the wrinkled collection of pale skin gathering beneath his chin; his frail six foot six body, sinking closer to the ground with each gulp of air; and his hands . . . ah, those hands . . . enormous, creative and strong no more.

I grabbed ahold of Dad’s hand, sliding my palm beneath his chilled fingers. My thumb caressed his pinky and he gently squeezed my hand, saying “thanks” with the short-lived grasp. His eyes remained closed as mine released their anguish.

The boys returned with their Papa’s wishes as I was wiping the final remnants of sorrow from my cheeks. He must have smelled the burger in his dream, his eyes fluttering back to consciousness, as they pushed open the heavy oak door. Jake found a seat on the mauve sofa near the window. He was quiet, as usual, lost and unsure, a boy in a man’s body. With death lurking and unwanted, he had no clue how to save his Papa (and himself) from its inevitable arrival.

John took my spot as I wandered over to join Jake in staring blankly out the window. After a few bites, Dad raised his shrinking hand, shakily waving off John’s gesture to feed him another mouthful of bliss. Death danced merrily back into the room, our smiles faded, as Papa dissolved, smaller still, onto the rigid bed.

After sending the boys home, quiet gasps of snores escaped from Dad’s slouched mouth, as I half-heartedly lost myself in the movie he had asked to watch. Normally, quoting nearly every line, I would have been snorting with fits of laughter. It didn’t seem right to be cackling, even if it had tried to escape my bereaved body.

“This is my favorite line in the movie,” he muttered, startling me from my trance.

Holy cow! How did he suddenly wake up from an unconscious state for his favorite part of the movie? I mused, half alarmed and half seriously impressed, as Dad began quoting movie lines. I looked at my Dad, laughter brightening his dimming eyes, a smile breaking through, his pale skin radiating a moment of elation and I joined him . . . I set the laughter free. Death stood frozen in the corner of the room, wanting to partake in the merriment but duty would not allow it. So it watched; studying, waiting.

Dad giggled off and on throughout the rest of the movie. My hand and his intertwined in a moment of harmony. A squeeze here. A kiss on the knuckles there. A final farewell in the touching of a hand . . . a hand that had held a tiny bundle of joy on the steps of Good Samaritan Hospital in Cincinnati in March of 1966 as Mom climbed into the red Volkswagen beetle, a hand that had pushed my pink bike with the flowered banana seat as I learned to ride without my training wheels on the Mt. Washington Elementary School playground, a hand that hovered too close to the steering wheel as I pulled out onto Mears Avenue for the first time in Dad’s new silver 1982 Plymouth Horizon, a hand that twirled me around the dance floor in the undercroft of Guardian Angels Church to Al Martino’s “Daddy’s Little Girl”, a hand that gently enveloped my baby boys as he gazed at them in awe, a hand I knew would always be there to hold if ever I needed it.

Death, who had been impatiently hovering, had taken over holding his hand when I made my way from the room. When I arrived back in that chilled room a few hours later, his hand was icy still. The hiss of the tubes silenced. The laughter faded. As I placed a kiss upon his cool forehead, my hot tears cascading onto him, I felt the warmth of his hand upon my shoulder. The spirit of his enormous, creative, strong hand.

Today I release any stored negative energy held within my body as I continue to cleanse out that old negative trauma energy and allow the light of God and Holy Spirit to fill me instead. I find comfort in knowing I am loved and guided along this healing journey. 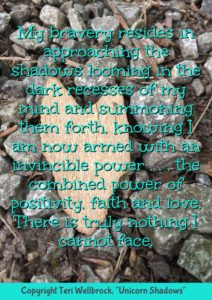 Today I release this sense of melancholy stirring in my soul. Perhaps it’s John’s upcoming move to Denver in 9 days. I’ll miss him. His hugs. But, it’s a good change for him. He deserves love and peace and joy. I hope his soul finds comfort in the mountains of Denver. 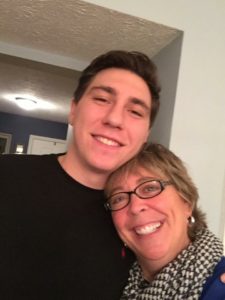 I love you, John. I release you to your quest to find joy and purpose. Be at peace, my son.